Stephen is the founder of Radical ManagementSM. He worked for several decades at the World Bank in many capacities and held various management positions, including Director of the Southern Africa Department from 1990 to 1994, Director of the Africa Region from 1994 to 1996, and Program Director for Knowledge Management from 1996 to 2000. After leaving the World Bank in 2000 he published several books on leadership storytelling and established himself as a global leader in the field. In his 2010 book The Leader’s Guide to Radical Management: Reinventing the Workplace for the 21st Century,  he argues that present day management needs to be reinvented. 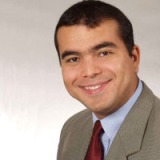 Heitor is based in Sao Paulo, Brazil and works worldwide as an agile coach and Certified Scrum Trainer. He is a writer, speaker and trainer in the area of Technology Management. He has been involved with Agile since 2004. In addition to speaking at agile, Scrum, Six Sigma and PMI conferences, he is the founding activist of the ScrumAmazonia user group. He is also the co-founder and agile coach of Massimus a company focused on APM (Agile Project Management) training and coaching. 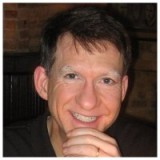 Jay Goldstein is Adjunct Professor of Entrepreneurship at McCormick School of Engineering at Northwestern University, where he teaches Entrepreneurial Selling and Scaling with the application of advanced Agile mind-sets and methods; he is a serial entrepreneur and was a founding partner in Jabbok River Group LLC., which invests in early-stage companies to accelerate innovation and growth.

Simon is founder and partner in SCRUMCENTER Ltd., where he works as a management consultant and a Certified Scrum Trainer. He has used lightweight/agile methods since the late 1990s and works with organizations large and small to help them achieve better results by leveraging the power of self-organizing teams. He has consulted for or led several large-scale agile transitions at DAX companies in Germany, is the author of several articles and speaks regularly at conferences on the subject of agile leadership. 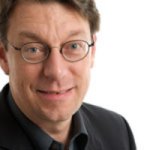 An experienced Scrum coach, Certified Scrum Trainer and mentor with a passion for helping organizations transform themselves to thrive in the 21st century, Peter has been training Scrum Masters, Scrum Developers and Scrum Product Owners in Switzerland and abroad since 2008.